The Weird Psychology of Trophies and Achievements 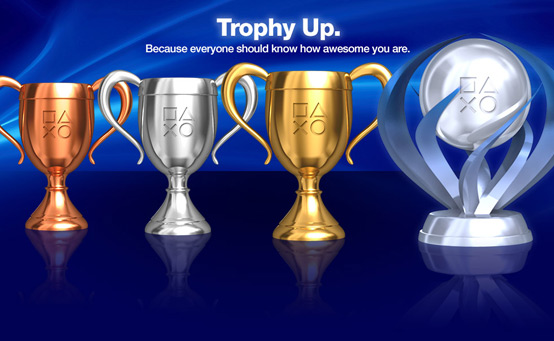 Having just read Particlebit’s review of Shadow of Mordor, I was randomly reminded that said game was my first ever Platinum trophy, and that got me thinking about how the trophy thing works – or at least the effect it has on me. See, back on last-gen I didn’t consistently have an Xbox Live subscription, so because that meant I couldn’t get all of the achievements for many games, I just wasn’t overly bothered about them. I mean, story related achievements would pop – and I’d be like, ‘Oh, that’s nice. Go me!‘ – and I’d usually get collectibles and such because of my gaming OCD, but it was rare that I’d even look at the achievement list for a given game, let alone try to get them all. And even when I first got my PS4 (and a PS+ sub) I didn’t immediately start chasing trophies, but I did, on occasion, begin to look at the Trophy Lists for particular games (usually just to kill time whilst I was waiting for an update to load and install). It was on one such occasion that I noticed I had only a couple of Trophies left to get on ME: SoM, and that – more to the point – even though I’m laughably shit, they were decidedly do-able.

Anyways, turned out it was slightly less do-able than I’d first anticipated but – long story short – I got there eventually, and it was more exhilarating than I’d expected it would be. For a few minutes there, I was king of the world, and not just some guy sat on his arse playing a Video Game in his underpants. I’d achieved something, something relatively rare – special even – and the rush of endorphins and sense of pride that engendered was addicting. That ‘king of the world’ feeling was reasonably short lived (mainly thanks to my significant other reminding me of the underwear thing, pointing out there was no actual trophy, and that I’d somehow managed to get ketchup on my forehead) but still, it was undeniably awesome whilst it lasted, and I became hooked on chasing it. My being laughably shit has still proved something of a barrier, but in the time since then I’ve managed to get me a few more Platinums, but – and I’m getting to my main point here – in many ways, it’s totally changed the way I play, and sometimes even which game I play.

In some respects this has been beneficial (say, in making me stick at a game a bit longer, or explore it more fully than I otherwise would), but in other ways, it’s possibly become a bit of an issue. Indeed, like with most addictions in general, it can sometimes become an all-encompassing obsession – and to such an extent that everything else can suffer because of that. Take choosing which game I’ma play next, for example. There’s usually several facets to that decision (what I want to post here, what I’m in the mood for, what kind of reception games got) but now – particularly if it’s been a while since I’ve had a bit of platinum flavoured goodness – I’ll factor that into the decision too. Before, I’d usually take a quick look at metacritic type places, maybe read a few full reviews of the contenders, but I often find myself having a quick look at PlayStation Trophies now too. All other things being equal(ish), there’s now a chance that a game with a relatively do-able Platinum will have the edge over a near impossible one, especially if I am jonesing for that endorphin rush.

Of course, in many ways, that’s sort of the point of Trophies and game designers have long since figured out that they can use them (and their related rush) to pull gamers into their worlds just that little bit longer, or make them dedicate more time to an online MP, or hunt down collectibles, or Easter Eggs, or whatever. Sometimes they’ll use them to set their game apart from others, and particularly by making a Platinum exceptionally hard to get they can give their game an air of legend, or hardcoreishness that they hope will become a kind of short-hand for skill – a short cut to achieving status as a game for only the very skilled, or very dedicated gamer. Sometimes it even has the opposite effect, and games with relatively easy Platinums become the object of scorn and derision, regardless of how good the game itself might be. 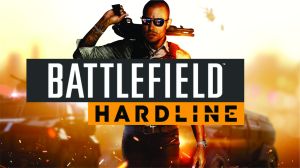 This obviously creates an issue, and where there’s no consistency in Platinums (or individual Trophies for that matter) it makes them – as achievements in their own right – essentially meaningless, but (at least in my case) they’re still definitely a thing, and they’re definitely still a factor in my gaming life now. I’ve got an addictive personality admittedly, and there’s a permanent groove on my back for monkeys to fit into with perfect ease, but it’s still quite alarming how I’ve gone from basically not giving a single fuck, to being genuinely obsessed in a little over a year.

On Battlefield: Hardline for instance, I had one trophy left to get, on Multiplayer, and it took hours and hours of grinding to get it. I was lucky in that I actually quite enjoyed it (and wasn’t actually that rubbish at it) but nevertheless, I played that sonofabitch waaaaaay longer than I would’ve normally just because it was the one, solitary trophy standing between me and that sweet, sweet hit of chemical reward. Had it been loads of Trophies I’d have probably been happier to not bother, but because it was just the one, and because it was reasonably do-able, I committed to that shit like there was no tomorrow. Hour after hour, day after day, I would be there in the Multiplayer, creeping that little bit closer to the ultimate prize, and at the cost of my sanity (and if I’m being really honest, my personal hygiene took a bit of a hit too). I eventually got it, and don’t get me wrong, it felt great, but on reflection, and with hindsight, I don’t think it was totally worth the time I’d put in (or the weird rash I’d got).

In some respects (and in a rare moment of personal growth) I’ve actually managed to learn from that a (tiny) bit, and I’ve realised there’s a certain cost/benefit analysis to be considered in regards to all the Trophies and Platinums, but it’s not a perfect bulwark, and there’s still that potential for obsession lurking very near the surface – just waiting to consume my gaming time completely. In a way the whole me being laughably shit thing is a blessing in disguise here (a really good, mystique-from-the-X-men one, but a disguise nonetheless) because it puts a fair few Platinums out of my reach anyway, regardless of how much I might want them. But with everything that’s not super-difficult, there’ll be that temptation – that little Trevor Philips on my shoulder, just urging me to give it a shot.

Likewise, the longer I’ve managed to resist that, the more there’s a kind of ‘Go on….. you’ve been good for so long already, just one Platinum’s not going to do any harm now, is it!?‘ thing going on, and that’s all different kinds of weird and worrying (not least because of the whole Trevor Philips thing). Again, given I didn’t even bother before last year, it’s something that I’m not quite used to – and I’m not entirely able to deal with sufficiently.

Anyways – am I alone in this, or are Trophies a thing for other people, and are Platinums a factor in your gaming life? Essentially, I guess I’m asking if anybody else even gives a shit about them, or do I have a bizarre problem? Feel free to let me know your thoughts (or offer advice) in the comments below. Who knows, if there’s enough of us, maybe we can start some kind of support group. Maybe we can come up with a twelve step programme, with a nice shiny Platinum awarded upon completion!

9 thoughts on “The Weird Psychology of Trophies and Achievements”