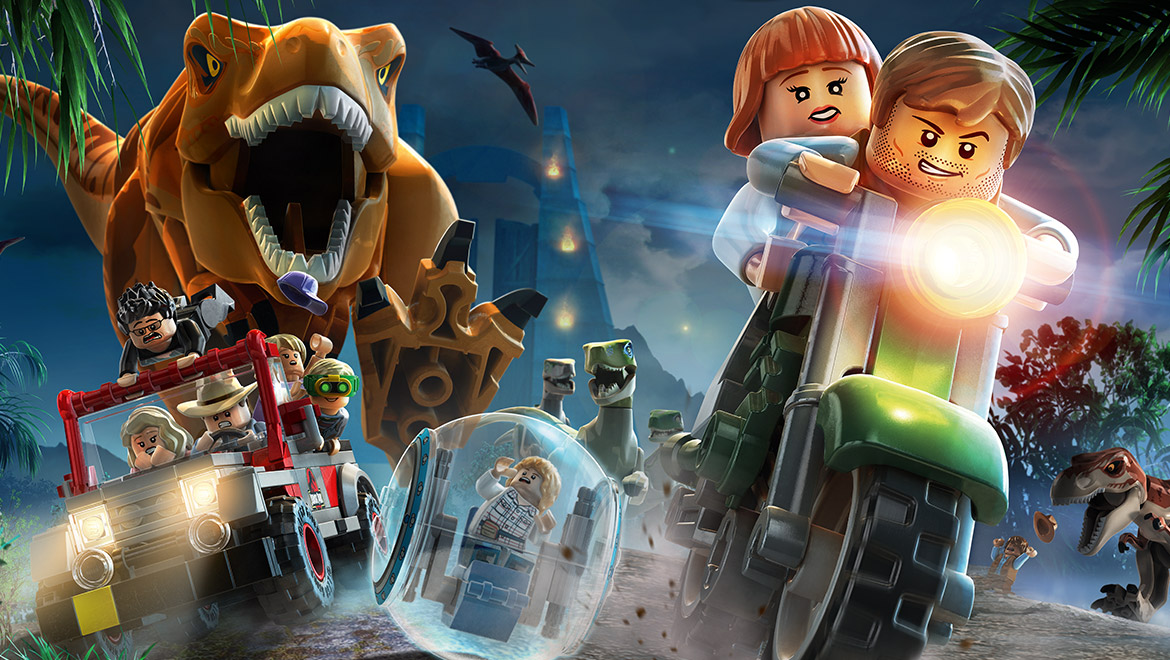 As a general rule, the Lego games seem to divide the Gaming community, and whilst there are plenty of us who find them fun, entertaining and eminently payable, there are many others who feel they’re childish, facile, and that they’re perhaps not even “proper” games. I’m in the former camp, but even so, I can see why other people aren’t overly fussed by them (I wasn’t until I played one that came free on PS+) – although I’m not at all convinced by the ‘not proper games’ thing. Sure, they’re not as challenging as, say, a Bloodborne, and they’re not as intense as an FPS, but they’re usually very well-made, hugely addictive and – more often than not – genuinely quite humorous (there was one recurring joke in the last Batman game that cracked me up every time I heard it).

Quite often they’re also ram-packed with clever little references, in-jokes and Easter Eggs, so for fans of Lego and/or of whatever source the game’s derived from, it can be a thoroughly rewarding and enjoyable experience from start to finish. Throw in the reasonably intelligent approach to replayabilityness and the easily-pick-up-put-downable nature of the games, and they are – in my humble opinion – great entertainment.

LEGO Jurassic World is – for the most part – another example of most of the above, but perhaps not as much as it could’ve been. Even though the release of the game was timed to ride the latest movie hype train (Toot, TOOT!), the game actually features all of the ‘Jurassic’ movies – including the really shite one.

That might seem like great value, but for me it negatively affected the NARRATIVE aspects of the game, and for various reasons. Whilst there’s a lot of content in LJW, each individual film just feels a bit too squished and rushed through; and to be honest, unless you’ve seen the film in question – and, crucially, remember it quite well – the game doesn’t always make sense. I’ve seen the original film eleventy-twelve times, for example, the second one considerably fewer, and the third one probably once or twice, so whilst I could easily fill in the blanks with the first level (and the second to a lesser extent) the third level/film was just like playing a few randomly cobbled together set-pieces that made little-to-no sense to me.

The newest film is fresher in my mind, so there was less problem there, but all things considered, it just doesn’t seem like the best way of tackling a Jurassic World Game, and I think focusing on just the first and latest film would’ve been far more successful – or even just the latest one, to be honest. I mean, is there anybody who would’ve complained about a Jurassic Game that omitted Jurassic Park 3? And, aside from briefly getting to play as a Lego Toby Ziegler, would the absence of Jurassic Park 2 really have meant us missing out on anything particularly important? Does anybody even give a shit about the middle films?

Either way, I honestly think this would’ve been a textbook case of less is more, and I think the decision to cover everything – but only very briefly – wasn’t the best one. Or, to put it another way: just because you’ve got the rights to all the movies doesn’t mean it’s right to cover all the movies! If you compare this game to the LEGO Movie game, I think it further highlights the point, and playing that was like playing and extended Director’s Cut of the actual movie, and it worked as both a companion to it and a great game in its own right. In contrast, this game tried to cover too much, and it suffered hugely as a result.

However, whilst LEGO Jurassic World isn’t the greatest LEGO game narratively speaking, it’s just about as good as the others in terms of GAMEPLAY, fun and replayability. There’s the usual bashing of everything, the trademark unlocking/progression stuff, as well as a fairly enjoyable amount of bonuses and extras. Including, as you’d probably expect, lots of DINOSAUR-ey fun. Because everybody likes Dinosaurs, right!? Indeed, in LEGO Jurassic World, the seven year old me finally got to live out the fantasy of being a freakin’ Dinosaur – stomping around and munching on stuff and whatnot. BOOM! Moreover, the seven year old (Victor Frankenstein version of) me also got to spend loads of time building my own terrifying Dinosaur creations – and he (and the 34 year old me, to be fair) enjoyed the shit out of it. Yeah, the paddock and Dino-creator whatsit won’t add weeks’ worth of fun to the experience, but they’re nice little add-ons anyway – and where the meeting of Lego and Jurassic Park nears perfection. Because, like, Building + Dinosaurs = Awesome. Fact!

When it comes to COLLECTABLES and REPLAYABILITY, there’s also the usual (and admirable) level we’ve come to expect from the LEGO games – with free-play a must for red bricks (and, wait for it…..AMBER bricks), characters and the like. However, I found that most of these were considerably more obvious than in any LEGO game I’ve played, and whilst the games could never be considered too taxing, I think they’re slightly better when there’s at least a hint of lateral thinking needed to get a Red Brick or whatever. I’m not the sharpest sandwich in the tool box drawer, but everything here was immediately obvious, and just a case of switching to the right character (with the game even telling you who that is). Sure, the games are mostly aimed at kids (so my previous sentence isn’t anything to brag about), but I do think other LEGO games have had an element of difficulty/strategy that have, ultimately, been to their benefit, and the absence of it here was a bit of a shame.

I should say now that it is entirely possible that this – and the narrative thing – are only issues on the Vita version, because whilst the Lego games are great Vita titles, the PS4 versions tend to be a lot, lot bigger and better. I haven’t played the PS4 version, so there’s a chance the Vita port meant compromises had to be made, but even comparing LJW to other Vita Lego games, the criticism still holds on a like-for-like basis.

That said though, and in CONCLUSION, I really enjoyed my time with LEGO Jurassic World – and it’s technically fantastic – to the point where it puts some console games to shame. The graphics, animation and gameplay are a great advert for the Vita, and as is par for the course for a LEGO game, it’s hours and hours of compact, handheld-sized fun. There are plenty of laugh out loud moments, some great little set-pieces, and it looks and plays superbly. Even though big chunks are missing from the Narrative, if you do remember a particular film quite well, there are more in-jokes and references than you can shake a big, fossilised stick at. If you’re a fan of the LEGO games (particularly if you’re a fan of the Vita versions) there’s every chance you’ll find this one contains a decent amount of the stuff you like, even if it’s likely it won’t be your favourite LEGO title. If you’re a fan of the games and a huge fan of the Jurassic Park Movies, there’s a chance that it might be though, and some of my “issues” might not even exist in your play-through.

All told, I’ve had hours and hours of fun from LEGO Jurassic World, and as I dive back into it for all the bonuses and extras, it’s likely I’ll get hours more from it too. Sure, it might not be the best Lego game in the world, but it’s a solid and loveable offering nonetheless, and one which I enjoyed thoroughly – in spite of the aforementioned problems.