There are things that Brazil does really well, and some things it doesn’t and, generally speaking, ‘organising stuff’ has an unfortunate tendency to fall into the latter category. Even though, eg. the World Cup (for the most part) went well in the end, the general consensus was that there was a distinct element of luck in that. And, at this point, it looks very much like the Olympics could go either way.

Accordingly, my (ridiculous) levels of excitement for this year’s Brasil Game Show were, in some small way, tempered by a niggling sense of doubt and apprehension. I knew there was going to be some really cool stuff on offer, but I was also a little concerned that there might be some “issues”, particularly given the size and scale of the event. I mean, I really wanted it to be great, not least because I’d paid cash-money to be there, but also because it’s a genuinely brilliant thing for Brazil – and Brazilian Gamers (particularly given Phil Spencer had decided to attend – which was a significant endorsement in itself), but I just couldn’t shake those nagging doubts…… 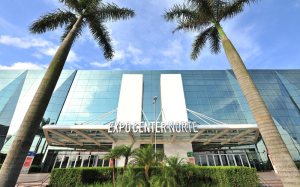 Imagine my jubilation then, when it turned out that those doubts were so far off the mark as to seem stupid and churlish. From the minute I arrived at the venue, it was clear that the guys at Brasil Game Show, to use a fancy-schmancy term, had their shit together, as did the staff of the venue. Before I’d even walked into the Expo Center Norte, I’d already been approached by a guy asking if he could help. Then, after I’d said no more than three words in Portuguese, the guy figured out I was English (initially, I didn’t know if I should’ve been impressed or offended, but decided on the former) so he then escorted me to somebody who could speak English – and very well. That guy then took me to where I needed to be, confirmed with somebody else that was where I needed to be, and then lead me to the queue I needed to be in. It wasn’t the fastest moving queue I’ve ever been in, admittedly, but given the number of people there, that’s understandable, and when I did reach the front of it, I was once again dealt with quickly and cordially (again, with a ‘speak in English’ option if, and when, I needed it). And then, once they’d printed out my pass whatsit, I was pretty much done with the hard part and; bada-bing-bada-boom, I was free to jump into some top-class gaming related nirvana.

I mention all of this mainly because I was just reading another blogger’s account of the EGX in the UK (which you should totally check out, btw) and it seemed that some issues with the venue (and its staff) negatively impacted on the overall experience – and, understandably, that’s a real problem for people who have been looking forward to something, and it also detracts from the take-home impression of the experience. In contrast, at all times, I found the staff – of the venue, event, and the individual exhibitions – to be extremely friendly, polite and helpful. 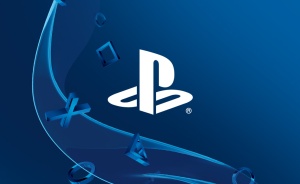 Now – to the good stuff. Upon walking into the venue (after an initial geek-out, obviously) I was even more impressed. The place was positively jam-packed with gaming-related magic. Everywhere you looked, there was something crying out for your attention. I was, literally, unable to decide what I should visit, look at, or play first. This resulted in me stepping off in one direction, changing my mind, heading in another, changing my mind etc, etc, for a good five minutes. However, after performing perhaps the shittest dance routine ever, I eventually remembered I had a plan, what that plan was, and managed put it in to action. See, the first day wasn’t entirely open for general tickets, so I’d decided I’d see the bigger, marquee type games first, on the assumption that the queues would only get bigger over the following days.

So, I had me a go on some top-notch, Triple A games that are due to release either soon, soonish, or in the not-too-distant-future. Highlights included: Assassin’s Creed: Syndicate, Star Wars Battlefront, Halo 5: Guardians, Street Fighter V, and Rise of the Tomb Raider. 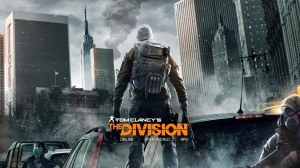 I also got to watch a video of somebody else playing Tom Clancy’s The Division for about 10 minutes, which isn’t as exciting as playing myself, but I’d almost certainly have spent most of those 10 minutes staring at a re-spawn screen, so, you know, every cloud…… and all that. Also, in the ‘watch other (infinitely better) people play instead of me’ category, I spent a fair amount of time watching CoD: Black Ops III and Tom Clancy’s Rainbow Six Siege.

I’ll write about all of the above in greater detail soon (so watch this space), but suffice it to say, I had a very agreeable first part of the day. 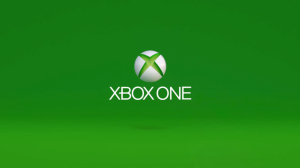 Then, after ticking off my ‘To-Do’ list I was at liberty to wander around a bit more, and therefore able to get a true picture of the size and scale of the event – and also how well thought-out and put together it was. There was, as you’d imagine, a fairly big area dedicated to PlayStation, and another fairly big area for Microsoft/Xbox. The next biggest areas were dedicated to the bigger studios – EA, Ubisoft, Warner Bros, and then some reasonably big areas for some individual games – including a fair number of PC ones. I spent a bit of time playing on games, but also a fair amount of time happily watching others do so. The Just Dance stage, for example, was genuinely great entertainment, and there were plenty of people really enjoying themselves. They were also pretty good at it, so I decided I probably shouldn’t drag them down with my own ‘drowning cat’ style of dancing, so I left them to it.

On that note, and to wrap things up (so I can get ready and head back), my overriding impression of BGS 2015 (day one) was a combination of the aforementioned things. It was well organised, well conceived, and had a lot to offer everyone – regardless of their chosen format, preferred game types, and age etc. Aside from perhaps the queuing (which is inevitable), everyone, everywhere seemed to be having a lot of fun. I saw excited kids drag their (non-gaming) parents up to play a particular game with them, and within a few seconds, both were laughing and really enjoying themselves. I saw older gamers (much like myself) fire up Street Fighter V, and get that unmistakable glint in their eye of a childhood favourite re-discovered (much like I did). I was playing it with a Journalist, and before jumping into the combat, we both – automatically, and without really speaking – allowed each other the time and space to allow our muscle memory to bring forth special moves from way back when. I really liked that.

On that note, gamers ‘of a certain age’ could be seen with the same glint in their eyes at the ‘Gaming through the Generations‘ type-exhibit at the back of the main hall, which was pure, unadulterated, nostalgia fueled goodness, and rounded off my day perfectly. There was plenty of stuff I didn’t have time for – for example the dedicated Indie Area, but I’m planning on spending a few hours there today. All-in-all, Day One was everything I hoped it would be, nothing I feared it could be (or might not be) and one of the most pleasant days out I’ve had in a long, long time. Full marks to the Brasil Game Show staff so far, and I can’t wait to get back there today.

Oh, and I only went and met Phil Spencer! As in, the Phil Spencer – head of Xbox type shananigans, and all-around gaming celebrity. That’s awesome for loads of reasons, but not least because I was told I could only get an Xbox One if I ever met Phil Spencer (said in a ‘when hell freezes over/that’s never gonna happen’ kinda way) so now, given I’ve got photographic evidence, I’ma be doing the ‘I got me an Xbox One’ Dance reeeeaaaaal soon.

So, I was told I could only get an Xbox One if I ever met @XboxP3 BOOM!!! #BrasilGameShow #BGS2015 pic.twitter.com/ATKHmiiCOr