Why “Freemium” Games Could Mean Bad News For Gamers 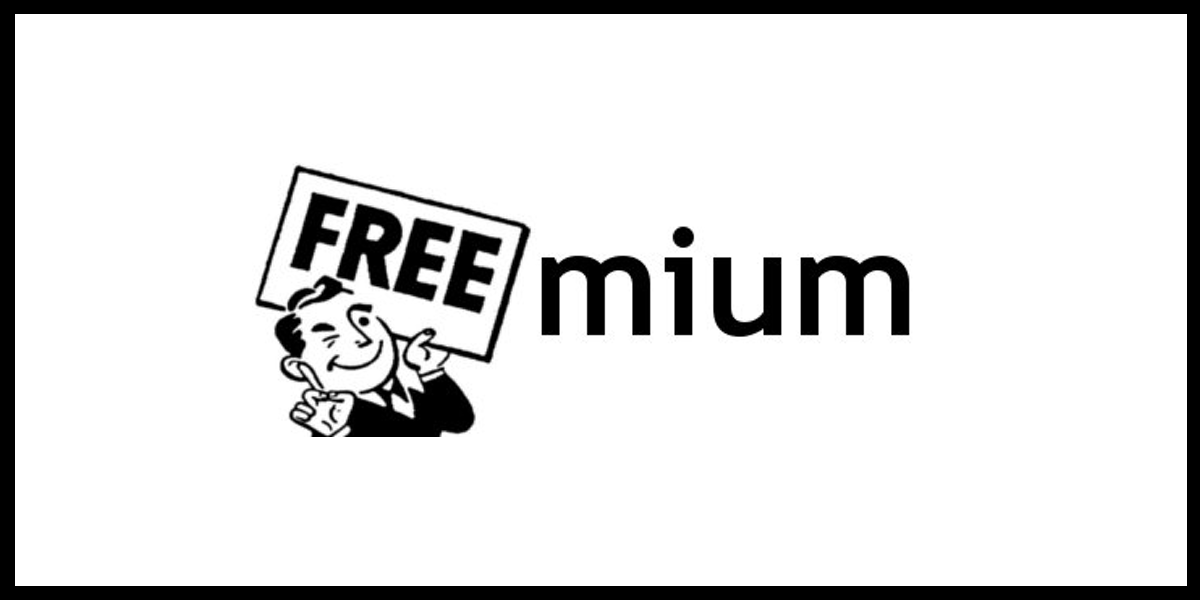 This week it was announced that Nintendo are releasing their first mobile game next year, and Respawn Entertainment also revealed that they would be developing a Titanfall spin-off for Android and IoS – also likely to be released next year. Both of these, it seems, will follow the so-called ‘Freemium’ model, which has already begun its implacable rise to dominance in the world of tablets and phones. As you shall see shortly (if you stick around for the duration of this rant), I don’t like this at all, and moreover, the fact that actual, proper Gaming companies are firmly heading in this direction is very, very worrying indeed. 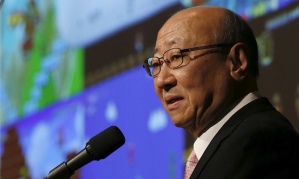 I’ve already banged on at (considerable) length about the rising costs of gaming here, but in short, the current trend of asking for additional cash-money from Gamers (Season/Online Passes, a helf-decent gun, Additional Maps etc.) is very much bordering on taking the piss – especially given the game’s likely to have cost upwards of fifty quid in the first place. That actually makes it worse than Freemium – you know, on account of not being even nearly free – but that’s mostly balanced out (at the moment) by actually getting something for that £50, and by the fact that you don’t have to get the add-ons. This is important, because what really worries me about Freemium games is that there’s actually a definite emphasis on flipping that equation upside down, and if that creeps into actual, bona fide Gaming on consoles and PC, it will be absolutely horrific.

Now, that might sound hyperbolic – but allow me to explain what I mean. Let’s take a *totes* imaginary “Freemium” game and call it, oh I don’t know, Sweetie Squish – and let’s say I’ve been playing that game for a few years. Let’s also imagine that said game, during this period, gone done an IPO, and suddenly became exceptionally interested in revenue, profits and perceived shareholder value. People playing that game after all these shenanigans – if they were really paying attention – might just have started to notice a change in how the game worked. 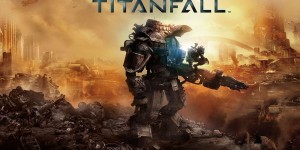 So, for example, whilst the game always relied on an element of luck, it now did so much, much more – or, to put it another way, the chances of passing certain levels without spending money on boosters, extra moves, or whatever, decreased significantly. Players might also have noticed that there was a (totally coincidental, I’m sure) increase in levels which ended quicker (e.g. using bombs with low counters) – thus meaning you’d burn through your 5 available lives considerably quicker – increasing the temptation to buy more lives, or even a ‘live forever’ option (which, actually, is a ‘live forever’ for two hours one – thus making a mockery of the definition of ‘forever’ – you know, in my humble opinion, obviously!). Some people may have even noticed a distinct tendency (again, totally coincidental, I imagine), for levels that you’d been stuck on for ages to suddenly, magically start to defy laws of probability and shit on the last move or two, giving you a real, noticable and tantalizing chance to finally clear the level – if only you’d stump up a bit of real money to buy those extra five moves.

In short, people playing Sweetie Squish may have noticed that, actually, the game had become – right there, in the very way it was designed and programmed – optimised towards profit. And look, I get that this risks all sounding a bit tin-foil-hattish, but really, when you think about it, it’s not quite up there with claiming that Neil Armstrong was leaping around on a specially constructed Moon Set at the back of Universal Studios, is it? Sure, the plural of anecdote isn’t data, etc, etc, but wouldn’t you do exactly the same thing if your business model relied entirely on throwing stuff at people for free initially, and then trying to get as much money out of them as you possibly could whilst they were playing your game!? I mean – hold the front page, right!?

Anyway, what does this have to do with Gaming – as in, not on mobile or tablets type gaming!? Well, that depends – and it actually depends a lot on us Gamers being vigilant, I think. The aforementioned move towards paying more to get the ‘Full Experience’ from a game is worrying, I feel, particularly when the ‘Vanilla Experience’ doesn’t exactly come cheap. If, taking a lesson from ‘Freemium’ games developers start making games so’s that you’re essentially going to get dead a lot if you don’t spend that additional money, that, I think, is unacceptable. Again, if you’ve paid anything for the game – it’s completely unacceptable, and even if the game was free, there’s still a fine line to be walked. 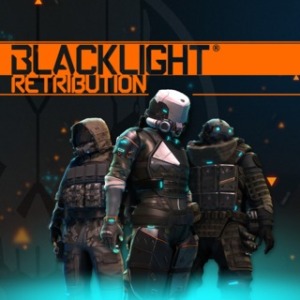 To illustrate – back when I first got my PS4 – and when games were thin on the ground – I downloaded and played Blacklight: Retribution, which was free. Now, after playing around for a bit, I looked at the in-game purchases, and I noticed some cool gear and stuff – that would, I figured, enhance my experience. Crucially however, they weren’t necessary to not get my ass handed to me, and because I’d not paid anything for the vanilla experience, I figured it was fair to spend some money augmenting my experience playing it (I mean, developers still gotz to eat and that). If though, I’d downloaded the game – marketed as free to play – and realised that, actually, in order to play I’d need to spend x, y or z, I’d have been less likely to pay that, and if I’d paid to download it (for x pounds), only to find I needed to spend another x pounds to get anything like a decent experience, I’d have been absolutely livid.

Ok – now let’s move on to actual tablets and stuff, and apply that element. A few games recently have started playing around with additional screen-type stuff, and some have been reasonably successful. Assassin’s Creed: Black Flag, for example, had the Kenway’s Fleet thing, and GTA V had all the dog/iFruit stuff going on. That was fairly cool – and worth trying, I thought – but a) it was free, and b) not doing it didn’t really harm the actual game you were playing on your console that much if you didn’t bother with it. 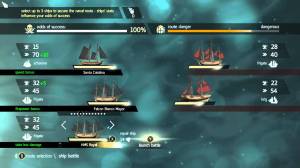 But what if one, or both of those things change, and what if your actual, console-based game suffers because you’ve not paid extra for x, y, or z in the app/tablet game? I mean, it could be something as simple/harmless has having to buy x ‘in-app’ in order to achieve a particular trophy/achievement (either directly or indirectly), but I think even that would be a step too far. To be clear, I’m pretty certain both the Nintendo and Titanfall apps are going to be completely separate from the consoles/games, but it’s not a huge leap to see how the meeting of the two mediums/platforms (and with the lessons of other freemium games thrown into the equation) will have some people’s eyes rolling round with Dollar signs, making loud ker-ching noises.

Moreover, given we’ve already seen a distinct, and increasing move towards squeezing yet more money out of Gamers with the rise of the Online Gaming and downloadable content, I don’t think it’s too much of a logical leap to see this element being evaluated – in some boardroom somewhere – as a way to step that shit up a gear. This is where we, as gamers and consumers, need to be vigilant, and where I honestly feel we need to be prepared to fight for a medium we love – and in many cases, have grown up with. 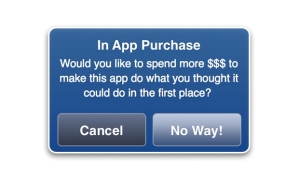 I think it’s vitally important that we reject any moves towards unfairly gearing games towards additional expense (be it in terms of difficulty, and/or playing on a level playing field), and we should certainly refuse to be taken for mugs. Gaming’s an industry, sure, and it’s a fuckload bigger than it was when I started playing, but it’s an industry that we built – and often precisely because Games represented great value for money, and were enjoyable, usually fair, and often made by people who understood all of this. If any of that changes, if Games – or Gamers – are seen purely as cash cows to be milked and milked until they’re dry (and then milked some more), I think we have to kick back against that immediately. Hell, we already saw with the Xbox One/Used Games thing that we can reject things en masse – and that it can ultimately make a difference – so there’s every reason to think we can keep control of our medium, and the direction it will head in the future. I mean, it really would be a shame if we dropped the ball on this one, just because we weren’t paying attention, or we didn’t have our shit together, or whatever, right!?

Anyways – end of rant. However, I am genuinely interested in other people’s thoughts on this, so please, feel free to join in. Am I over-reacting? Is this a worrying trend? Is it just inevitable? Let me know what you think, and feel free to share this if, like me, you feel it’s an issue that’s worth thinking about and discussing.