My Unintentional and Secular Lent

Yesterday marked my third week of abstinence. Not from meat (I’m a vegetarian anyway), not from cheese or dairy (bollocks to that!), and not from any kind of real vice (see again: bollocks to that!), but from Console Gaming. This wasn’t any kind of religious thing either, and it coinciding with actual Lent was entirely accidental. No, my period of deprivation was entirely down to having decided, at some point (although I can’t really remember when that was now), that getting a dog was a good idea. Don’t get me wrong, that decision wasn’t made lightly, and I am loving the dog owner thing (mostly) but – holy shitballs – it’s a hell of a lot of work! For that reason – and because the blue lights that I once so loved about my PS4/controller are basically puppy smack – I’ve had neither the time nor the cojones to turn on a console.

I mean, I’ve had a bit of time to play on my PS Vita, so that’s definitely something to be thankful for, but boy am I missing my consoles. I’ve gone longer before too, but that was always when I was travelling, or visiting the UK, and my consoles were 6000 miles away and not, like, 6 feet, where they could call out to me, positively begging to be turned on. That’s been tough, and if I’m being honest, it’s been a genuine struggle. I’ve been accused of being addicted to Gaming before (many, many times) and I’d always scoffed at the suggestion, but honestly, it’s entirely possible that I was – at least a little bit. And don’t worry, this isn’t going to be one of those preachy, sanctimonious ex-[insert vice here] speeches telling you to also give it up (to start with, I fully intend to go back to being addicted), but more of a little meandering record of my gaming hiatus, and, like, why it totally fucking sucked. 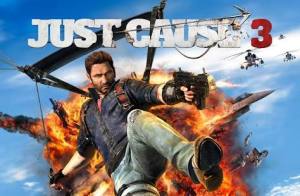 Timing wise, things could’ve been better, for sure. I was just starting to get into Just Cause 3 before Puppy Day Zero, and all the mayhem and blowing things up was still a lot of fun, and having to just drop that has left an itch that can’t be scratched. Perhaps ironically, my whole life is mayhem now, so the virtual, considerably less tiring mayhem is pretty much inaccessible for the time being.

My To-Play pile was also looking not only big, but full of quality. Aside from Fallout 4 – which I’d decided to put off returning to for a while anyway – there’s The Witcher 3, Black Ops 3, the Gears of War collection, Dragon Age: Inquisition, Dying Light, AC: Syndicate – all games I’m really looking forward to devoting some quality time to. Like most people, I’ve always had a complicated relationship with my To-Play pile – seeing it both as a thing of exciting gaming goodness and something of a burden – but now, it’s basically just this big old stack of games that aren’t getting played even though I really, really want to. This effect is slightly magnified given the fact that I’d actually trimmed the excess fat from the pile after my burglary – meaning it contains only games I’d decided I really wanted to play, and soon.

And, as if all of that wasn’t bad enough, we’re now officially entering the Spring Silly Season, with a fair few decent games already out, or set to drop very soon. Already everybody’s jumping into The Division, and I’m effectively stood outside watching, with my nose pressed up to the glass – like a pathetic Street Urchin from a Dickens novel or some shit. Or, actually, maybe a party that I haven’t been invited to’s a better example, especially given my PSVita has been literally (and helpfully) telling me that all my friends have joined a party to play it. Fuck you very much, PSN. And even when I’m not on my Vita, there’s no escaping it. “Oh my God, The Division’s awesome” seems to be the general consensus on Facebook, Twitter, Twitch, YouTube, WordPress etc, etc – and I’m all like, “yeah, whatevs – go fuck yourselves”, which is a little harsh admittedly, but hey, I did say this was tough!

Far Cry: Primal is also out, as is Twilight Princess HD, The Flame in The Flood, and Quantum Break‘s out at the beginning of April. Such is my anguish that I was actually relieved when Uncharted 4 was pushed back. Whilst most fans of the franchise were genuinely gutted, there was a significant part of me that was all like ‘thank Christ for that – that might actually work out quite nicely for me!’. See, I’m that guy now, and I don’t care that millions of people are disappointed – I’m just happy that something‘s coming up Millhouse for me!

And finally, this has all – fairly predictably – had something of an impact on this blog. Not playing games, as you’d reasonably expect, makes it quite hard to write about playing games. I mean, I’ve just about managed to keep up with the Weekend/Monday stuff, and I managed to do a review of one of the Vita games I played, but the first two things were only really meant to be supplementary/community things, and a Lego/Vita Review is pretty much the dictionary definition of ‘niche’. As a consequence, the Home Page of QTX is looking a little pathetic. Actually, come to think of it, and given I’ve had a fairly lax attitude to my personal appearance recently, it looks a lot like the virtual version of me right now. ‘Cept with less dog slobber. And the stats page….. Well, I’d prefer not to talk about that, thankyouverymuch.

It’s not all doom and gloom, however. As I said before, owning a Puppy is a lot of work, but it certainly has its fair share of joy and even hilarity. And more to the point, all the hard work is (finally) starting to pay off, and that means that I can start to see the (blue) light at the end of the tunnel. After the darkness of the first few weeks of Silly Season, I’m optimistic that I’ll be at the point where we (the dog and I) will have mastered the basics, and Console Gaming will be a viable option again. That’s great, obviously, and to say I’m looking forward to it would be a huge fucking understatement; like saying the Sun’s a bit warm, or that Raccoon City has a little bit of a Zombie issue.

Also – and going back to the abstinence thing – it’s highly probable that my return to Console Gaming will come with a new-found sense of appreciation, a degree of not taking it for granted, which will be quite cool, I think. I’m not saying I wasn’t appreciative of my consoles (I was, see again: recently having had them fucking nicked), but more that I was perhaps overly blasé about being able to just play them whenever I damn well felt like it, and that it was often done without really recognising how great it felt to ‘play’ a good game for a few hours. Not being able to do so really emphasised how involving and entertaining games are, and how much more rewarding they are than just watching shite on TV, and boy am I sick of watching shite on TV. 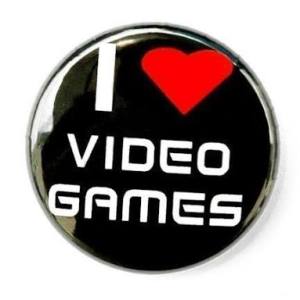 So, basically, that’s my point. I love games – which I already knew (I mean, hold the front page, right!?) – but also that my period of not being able to play them really highlighted how much I love them, and especially how much I love them being a part of my entertainment diet. I know I said I wouldn’t be preachy, but going back to them after a period of abstinence (and after having just gorged on them before Puppy Day Zero) will make me savor playing them in a way they deserve, and in a way I most assuredly didn’t. I’m not saying it’ll last forever (such is human nature) but it’ll be nice while it lasts.

Given how long it took us to master “sit” and “come here”, I’ve given up on my dream of teaching the dog to actually play the games with me, but hopefully we’ll get to the point where she’s happy to watch me without eating the controller quite soon. Sure, that’s not going to be quite as cool as ‘Mollie the Game playing wonder dog’, but at this point, I’m more than happy with ‘Mollie the Game watching regular dog’.

12 thoughts on “My Unintentional and Secular Lent”