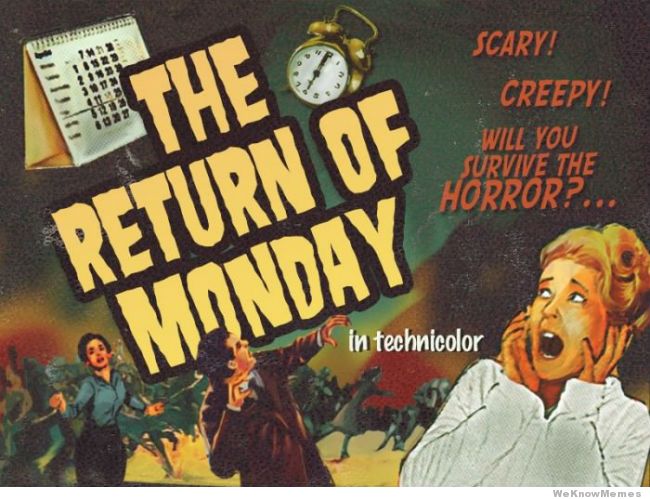 Honestly, how is it Monday again? It seems like five minutes ago that I was getting all giddy and shit because it was Friday! Still, them’s the breaks, and until we crack the whole ‘army of robots doing everything for us’ thing, Mondays are always going to be a pain the ass. Obviously, the army of robot thing might lead to a Skynet scenario like in that documentary ‘Terminator’, but we’ll cross that bridge when we come to it, eh!?

Anyhoo, as ever I’ve put together a wee collection of Gaming Reads for you to dip into should you need an escape from Real World grimness – but only if you want to, obviously. We’ve got a cool selection this week, so hopefully you’ll find something that interests you in your battle to make it through the day without collapsing into a fetal ball, screaming ‘enough already, just let me go home’. I mean, we’ve all been there, right guys? Guys…..??

And that is that. Go careful out there, folks, show ’em you mean business, and remember, if my calculations are correct, when this baby hits eighty-eight miles an hour, you’re going to see some serious shit!