Thinking Aloud: Should I Switch!? 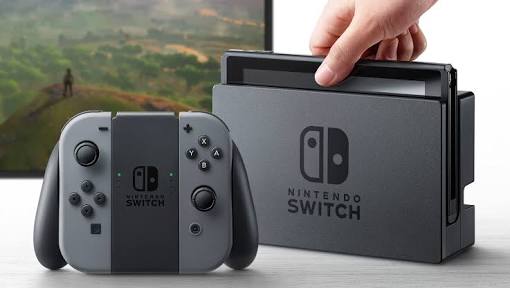 Lolz. How’s that for a title? I *totes* bet I’m the first person to make that joke, eh!? Because, like switch… to the Switch. See, switch is a verb meaning “to change”, but also, like, the thing I’m talking about changing to. Ta-dah!! Double entendre in da house, y’all!

Anyhoo, as you may’ve guessed from my title(/exceptionally original and clever wordplay), I’m currently wrestling with the decision whether to buy a Nintendo Switch or not, and it’s rapidly descending into the same kind of mindfuckery that characterised my decision whether to Pro or not! Every time I think I’ve made my mind up, one way or the other, almost immediately I’m all like, “hang on a minute there dickhead…. What about x, y or z” and I’m back to square one. 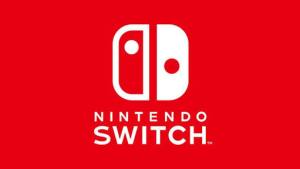 See, on the one hand, all the concerns I had when I ranted at Nintendo still apply but then, on the other….. shiny new toy, innit!? Indeed, I’ve spent a fair bit of time reading about the Switch recently, and everybody seems to be absolutely loving it – like really, really adoring the shit out of it – despite the current lack of games, or the decidedly poor battery life, or the fact that Nintendo seem intent on charging people a fortune for fairly necessary “extras”. In the vast majority of stuff I’m reading they’re all mentioned, for sure, but usually in a ‘that’s a bit of a shame, but whatevs……I adore the shit out of the Switch anyways, so who gives a fuck!?’ kind of way.

Well, I give a fuck actually – or at least a little bit of a fuck. Perhaps I’m becoming sensible in my old age, perhaps I’m still overly cautious after everything that happened during the Wii U’s lifecycle, perhaps – God forbid – I’ve even developed a bit of resistance to hype and/or some impulse control, but whatever it is – and as much as I’d like me a shiny new toy – I’m still finding myself coming up with plenty of reasons to not get the Switch, and certainly to not get it anytime soon. Every time I convince myself that, for example, making the 6000 mile schlepp to the UK would be a lot less grim if I was playing on the Switch, I then remind myself that, actually, my Switch battery would last a fraction of the time it takes to do that, and that I’ve already got a Vita – with a better battery life, and which doesn’t require a degree in electric engineering and/or a team of investigative journalists (still) figuring out how I can best charge it.

But than again, thanks in part to my WUFT-ing, I’m also rapidly re-falling in love with Nintendo, and I’ve been reminded that they nearly always bring something quite special and unique to the Gaming table. Sure, the Switch doesn’t have loads of games right now, but there’s also a pretty big chance that the vast majority of the Games – when they do arrive – will be spectacular little bundles of Nintendo magic. What happens if a Game drops, everybody thinks it’s awesome, but I can’t play it immediately? How am I supposed to deal with that shit, eh!? It’ll be like Primary school all over again, and there’s nothing worse than not being able to join in with all the conversations about a party you’ve not been invited to, and I absolutely refuse to go back to the sessions with my “special talking about why nobody likes me friend” again, thankyouverymuch.

I’m currently playing Twilight Princess on the Wii U too, and that’s making me reeeeeaaaally want to play Breath of the Wild, and even though I can get that for my Wii U, the general consensus seems to be that it’s a fucking fuck-ton better on the Switch. But then, even the fact that I am loving the Wii U again (and given I’ve got a big chunk of games I’ve yet to play on it) is pushing me in the “you don’t need the Switch just now” direction, precisely because I do have plenty of Nintendo Games to play on a perfectly good console I already own. I mean, if I’ve already got loads of Nintendo games, if the Switch is expensive right now, and if there’s only really one outstanding Game for it, that would strongly suggest the sensible move is to wait a bit, given the price should drop soon, and given more Games will arrive in the meantime, right!?

But then again, fuck sensible because….. Shiny new toy, innit!?

So, as you can see, I’m all over the place. The one thing that’s “helping” – and, if I’m being honest, is the main reason I haven’t impulse bought the Switch already – is that, actually, I can’t fucking buy it now because, like, Brazil. See, even if I manage to make a permanent decision, either way, I can only get the Switch when I travel. I’ll be returning to the UK in the next month or two for a bit, and hopefully again at Christmas, so that’s kind of like a blessing in disguise. A really good fucking disguise, admittedly, but a disguise nonetheless, and it means that I’ve got options.

Essentially, if I successfully talk myself out of getting it this trip, I still get another chance to get it later – assuming Nintendo actually manage to match supply with demand come Christmas – by no means a given. Which, of course, then makes me think it might be worth sidestepping that eventuality by getting it now, if/when it is available. After all, one of the few advantages of being an adult is that I don’t have to wait for Christmas for shit so, like, in your fucking face kids! But then….what if there are loads at Christmas, and there’s really good deals and packages to be had, and I end up regretting not waiting. See again: all over the place.

This, Dear Reader, is where you come in. If you can be arsed, obviously, feel free to tell me what I should do, because I’m clearly getting nowhere on my own.

Do you have the Switch, and would you wholeheartedly recommend it, despite its flaws, price and lack of Games? Is Breath of the Wild really worth me stumping up the best part of four hundred quid for? Conversely, are you a fairly sensible Nintendo fan, and have you successfully managed to talk yourself off of the Switch hype train? Can you convince me to repress my impulses for shiny new toys with, like, logic and reason and all that shit that adults use? Clearly I’m rubbish at adulting, so if anybody wants to do some of my adulting for me, that’d be great. Really. Are you even in a similar position to me, and have you managed to find that middle ground; a compromise along the lines of “as soon as it drops below x price…”, or “as soon as there are y games that I want to play!”? If so, can I copy your homework, please!?

19 thoughts on “Thinking Aloud: Should I Switch!?”