Having just scraped a stunningly original ‘Best Games of 2015‘ piece from the bottom of the blogging barrel, I figured I’d go for the full house with an equally iconoclastic ‘What to look forward to in 2016’ post too. There are currently several million of these on the Internet – all better written, funnier, and more widely read than this one ever will be – but I’m going to tip the balance in my favour by swearing a fuck-load. So, you know, swings and roundabouts…..

In many ways, 2015 was a great year for gaming – particularly on Next-Gen consoles – and I, for one, had a blast. There are still plenty of great 2015 games that I’ve yet to get to, which is cool, but it might become an issue soon because 2016 could well be an even better year. There really are plenty of awesome games due to be released over the next 12 months, and regardless of your preferred console, or genre, or tastes, there’s likely to be something for everyone to get excited about.

In these pieces, I’ma try to cover the spread and include games from different platforms, studios, niches etc, but usual ‘personal preference’ caveats will still apply, obviously. That said though, one of my New Year’s Resolutions this year was to broaden my gaming horizons, and given I was 0 for 5 with my 2015 resolutions, I shall be looking to specifically nail that shit down early doors this year – and this is a great way to get excited about stuff that’d normally be outside of my wheelhouse. Part One will mostly deal with your big, Triple A type releases, but in follow-ups I’ll attempt to cover any stragglers, as well as a few of the more niche/Indie/Unusual titles.

Anyways, enough talking shite; let’s get on with it, shall we!?

I’m often inclined to give a whole shitload of bonus points to anything that tries something different – be it games, films, books, music – and precisely because it’s a worthy and important attempt to move things the fuck along (to use the technical term). The intriguing Quantum Break is likely to be one such endeavour, and its premise, and cross-media experimentation, could well cement it in place as a game-changing gaming event for, erm, gamers and, like, games. With a time-bending premise, some genuinely innovative blending of passive and interactive narrative arcs, and some pretty strong acting talent in both, Quantum Break is likely to be well worth the cost of admission.

It could go all different kinds of wrong too, obviously, and it could be a load of old shite on all media, but I’m willing to give it a bit of leeway, and actually, from what I’ve seen so far, I certainly think it’ll be an interesting experience. In many ways, it’s exactly the kind of title the Xbox One’s been crying out for – what with its own multi-media aspirations – and it promises to be a great addition to the console’s line-up in 2016, and perhaps one of the year’s most talked-about Game/TV show/Movie hybrid thingies.

Scheduled to land in April, which is pretty damn soon, I’m genuinely excited to see how it all plays out. 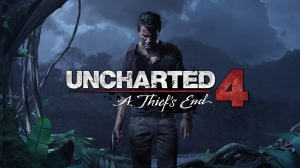 Whilst I’m undoubtedly excited about Nathan Drake’s forthcoming adventure, I was nevertheless reluctant to include it in this piece – simply because there’s a slim chance that it might not actually come out this year, thusly making me look like a fucking liar in the process. Indeed, the newest version of the Uncharted franchise had been pushed back more times than that Xerxes fella was when he bumped into Gerard Butler rocking his Speedo/Sandals combo – with the latest delay being announced just before Christmas (fuck you, Santa!).

That said, however, it really should be released this year, and it really should be something worth getting excited about. I’ve only recently discovered Nathan Drake (having been Xbox last gen), but it didn’t take me long to see what all the fuss was about, and I’m a definite fan of the series’ blend of action, puzzles and go-fuck-yourself humour. Again, everything I’ve seen so far indicates this will be a genuine GOTY contender, and with sublime graphics, huge environments, and (if beta feedback’s anything to go by) some pretty compelling multiplayer, Uncharted: A Thief’s End promises to be another mahoosive success for the folks over at Naughty Dog.

At the time of writing, Uncharted 4’s due to hit shelves in April, so all we have to do now is cross our fingers and hope that I’m not made to look like a fucking liar…..

This isn’t normally the type of game I’d be overly excited about, and primarily because it’s one of those where you have to have friends to really enjoy and/or requires interaction with real people to get the best out of it (when I first saw footage of it I was really excited, but then when I found out about all the ‘other people’ stuff, I was genuinely gutted). However, given my NY resolution whatsit, and given I probably should start making an attempt to not be an antisocial fuck-muppet, it’s back on the ‘excited about’ list. And to be fair, it does look pretty damn good, and I am quite excited about it.

Set in New York City after some significant shit’s hit a really big fan, TC’sTD is a kind of cross between a third person shooter and a post-apocalyptic open-worlder, and you’ll be tasked with doing whatever it takes to survive in a No Rules Because Society’s Gone to Pot type environment. That sounds like a Sociologist’s wet dream, and from the footage I’ve seen, it sort of is, with issues like morality, good/bad, etc rapidly being superseded by ‘ooooh, he’s got a nice coat, I’ma shoot him in the face and take it’. At the Brasil Game Show last year, I was watching some people play it, and – long story short – a nice moment of peaceful cooperation descended into brutal carnage with alarming (but hilarious) speed.

The sheer size and scope of The Division is impressive, and graphically speaking it looks sublime, so there’s every reason to think this will be a hugely addictive and enjoyable romp through a NYC that’s descended into anarchy. Come March 8th, we’ll be able to find out for sure.

Like many *cough* slightly older gamers, the original Doom game holds a special place in my own personal gaming history, and I spent many a happy afternoon with the game as a young ‘un. Precisely because of that fondness, reboots, sequels etc of childhood classics are often greeted with a degree of caution and skepticism by me, because there’s nothing worse than seeing a much-loved favourite being fucked-up, or appearing dated etc (I mean, war’s obviously worse, as is famine, but you get my point!). However, Wolfenstein was in that self-same category for me, and I thought the folks over at Bethesda did an outstanding job overseeing/publishing Wolfenstein: The New Order, so there’s every reason to be cautiously optimistic they’ll also do a good job with the next Doom.

Don’t get me wrong, I’m not expecting it to be the game of the year or anything, particularly given the competition in 2016, but I am hoping it’s going to be a lot of fun, and I am hoping that it’s going to be all different kinds of nostalgic too. It’s always nice to be reminded of a time when shit didn’t ache and you could sit down (or stand up) without making involuntary noises, and if that also comes with an absolute bucket-load of hideous creatures to shoot in the murrrrfuckin’ face – what’s not to like!?

Due to land in ‘Spring 2016’, there’s some good shooting to be had fairly soon. Hopefully.

This is, for me, hands down my most anticipated game of 2016. I’ve been besotted with Hello Games’ procedurally generated space epic since I first saw it at e3 2014, and everything new I see just makes me love it even more. In a way, reactions like mine haven’t done the game any favours, and there’s been a(n inevitable) ‘too much hype’ type of backlash. Of course there’s a possibility that No Man’s Sky doesn’t match expectations – as there is with most games – but I think much of the backlash is slightly unfair. Sean Murray’s always been quite open about it being a particular type of game – focusing on exploration, and heavily inspired by speculative Science Fiction – so it’s a bit harsh to suggest there’ll be nothing to do, or that it’ll be “boring” now it’s got a loyal following.

It’s not everyone’s bag, sure, but for those of us who do like that kind of thing, No Man’s Sky looks absolutely amazing. And, going back to the whole ‘moving things the fuck along’ thing, it’s hard not to be impressed by the sheer size, scope and ambition of the game, and it’s equally hard not to be intrigued by the potential of an (essentially) infinite gaming Universe. It might not be a fast, frenetic shooter, and it might not be full of big explosions and gadgets, but there are many ways games can be great, or exciting, or memorable and I think No Man’s Sky will tick many of these boxes when it arrives in June.

And if there’s any kind of compatibility with Sony’s Virtual Reality headset thingumyjig (also due for a 2016 release), you can basically kiss my ass goodbye, because I’ll be sacking this shitty old world off in favour of the sublime, mahoosive, virtual Universe of No Man’s Sky. See you in 500 billion years, earthbound losers!!

That’s a joke, obviously, but I’ma use it to tenuously hang a CONCLUSION on anyways, because – in a nutshell – 2016 might well be the year that sees me fuck the fuck off to a mostly virtual world, or more accurately, worlds. 2015 was a good year for gaming, but 2016 will probably be a great one – and more importantly, one that pushes the envelope in the gaming world. Next-Gen has been around for a couple of years now, and there’s been a steady improvement in terms of what’s been achieved, but 2016 might represent something more akin to a great leap forward. With some genuinely innovative games on the horizon, and with some hugely compelling worlds waiting for us to dive headlong into, I’m basically as giddy as fuck at this year’s potential.

And, as I said, this is just Part One, and there’s plenty more yet to cover. I mean, seriously, has there ever been a better time to be a gamer?